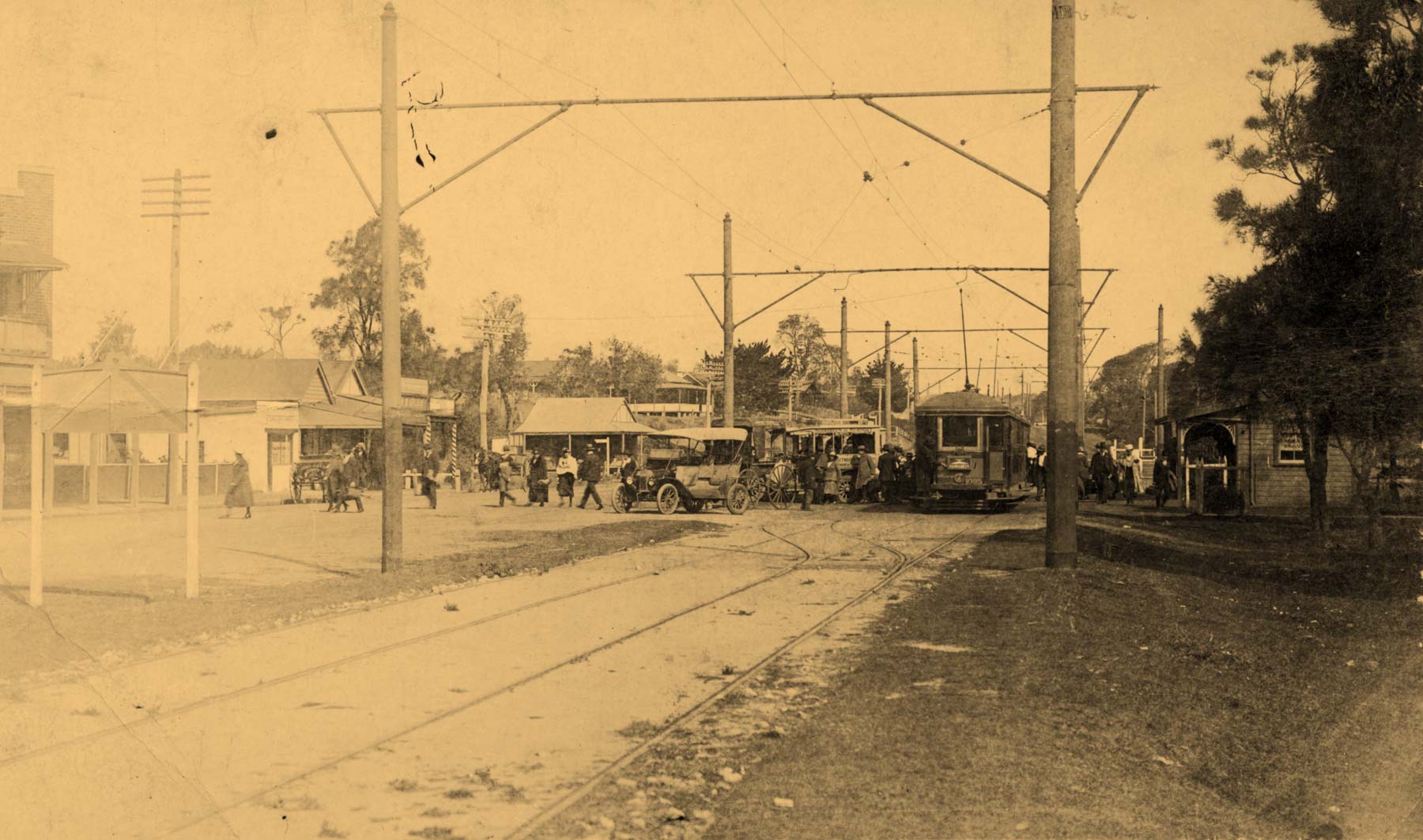 The final section of the “Brookvale to Narrabeen Line Tramway Part 3” was notified on 28 October, 1912 and confirmed early in 1913. It was described as being from Collaroy Beach via Ocean Street and Victoria Street (Narrabeen Bridge). The line was constructed by Public Works Department day labour with work commencing on 18 August 1913 and was completed in less than four months being handed over to the tramway department on 4 December, 1913 following a successful trial run. The extension comprised one mile 26 chains of single track with the steepest grade 1 in 20 and the sharpest curve of 660 feet radius. Catenary type overhead was used matching that between Brookvale and Collaroy. The total cost was £13,720 which included the goods depot and siding at Narrabeen.